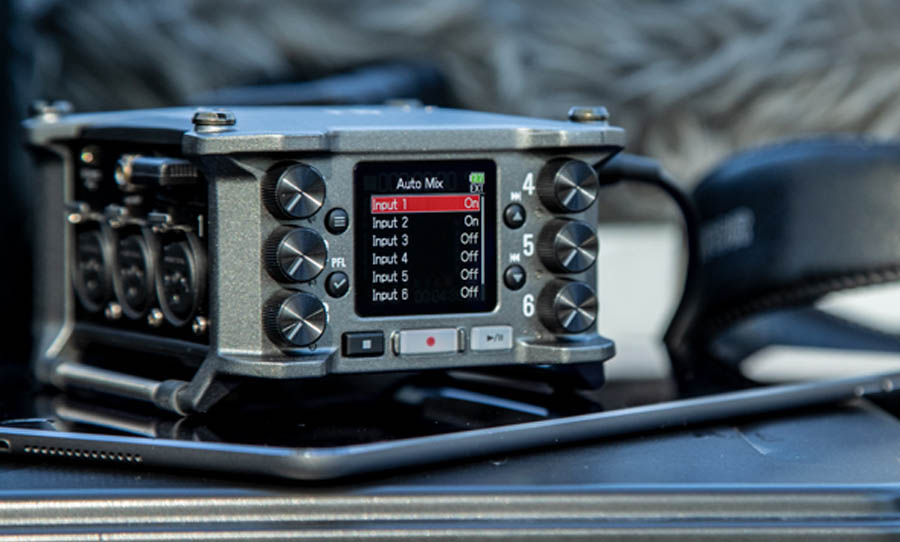 Zoom has just announced the F6 multitrack field recorder. As you can imagine, it’s portability is paramount, but it also packs in a bunch of features that you might only find in the studio.

Flexible multitrack field recording, but with features that are usually only available in the studio. The F6 by Zoom puts high quality recording in your pocket.

The six channel recorder is fitted with Neutrik XLR connectors that pass through high quality mic pres, with up to 75 dB of gain available. And to counter any swift dynamic changes that you might come across in the field, there are advanced hybrid look-ahead limiters to jump on any peaks.

Power supply is, of course, central to the success of any field recorder. Three options are on hand for this task – 4 x AA batteries, Sony L-series batteries, or a Zoom 12v power adapter.