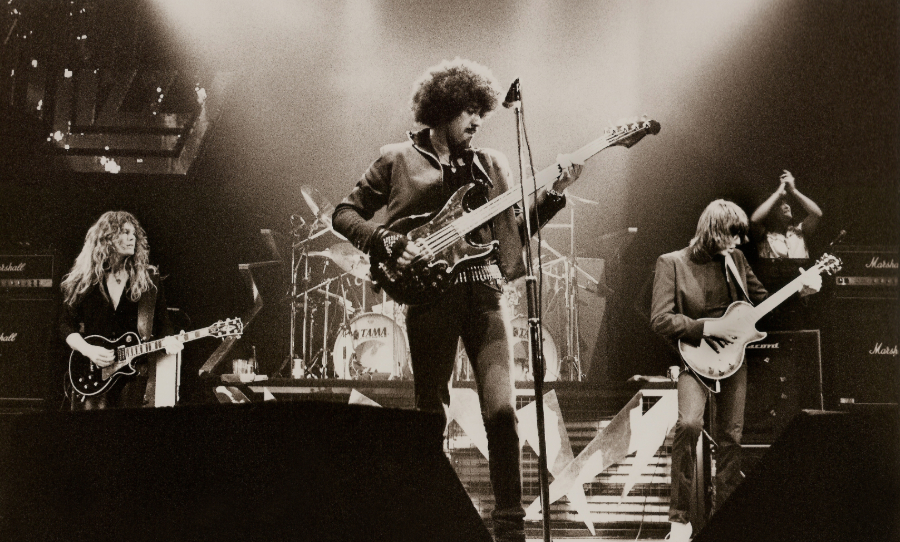 Recently shown at this year’s Summer NAMM show as part of the mid-year Custom Shop collection, the new Phil Lynott Precision bass puts the power of ’70s rock in your hands. This feisty new four string celebrates the 50th anniversary of Thin Lizzy’s formation and offers players the playability of the original, with a few added bells and whistles.

The Thin Lizzy frontman made an important contribution to ’70s rock and roll. Influenced by Hendrix and Bob Dylan and touring with Aerosmith made Thin Lizzy a definitive pillar of hard rock. With smash hits like The Boys Are Back In Town their legacy is clear.

No detail has been spared on this signature bass. Lynott’s signature mirrored pickguard sits alongside a hand-wound ’78 split-coil pickup. The 7.25” radius round lam rosewood fingerboard hosts 20 jumbo frets. Similarly, the body sports a Badass II high-mass bridge for extra sustain and clarity.

Other details include vintage ‘70s style tuning machines, a bone nut and round string tree. The bass comes packaged with a custom made leather strap and wristband as well as stylish mirrored aviator sunglasses. This is all sealed up in a Thin Lizzy anvil case with Fender’s certificate of authenticity. For more information on the Phil Lynott Precision Bass visit the Fender website.