Audioengine launch the powerful and pocket-sized A1 desktop speakers Austin-based speaker manufacturer Audioengine has unveiled the A1 Home Music system, made up of a set of super-compact, Bluetooth desktop speakers.

The A1 is a follow-up to Audioengine’s award-winning previous release, the A2+, which ‘The Absolute Sound’ awarded the editor’s choice award in 2019. Audioengine’s new release presents itself as ideal for the bedroom producer, due to it being both inexpensive and space-efficient. 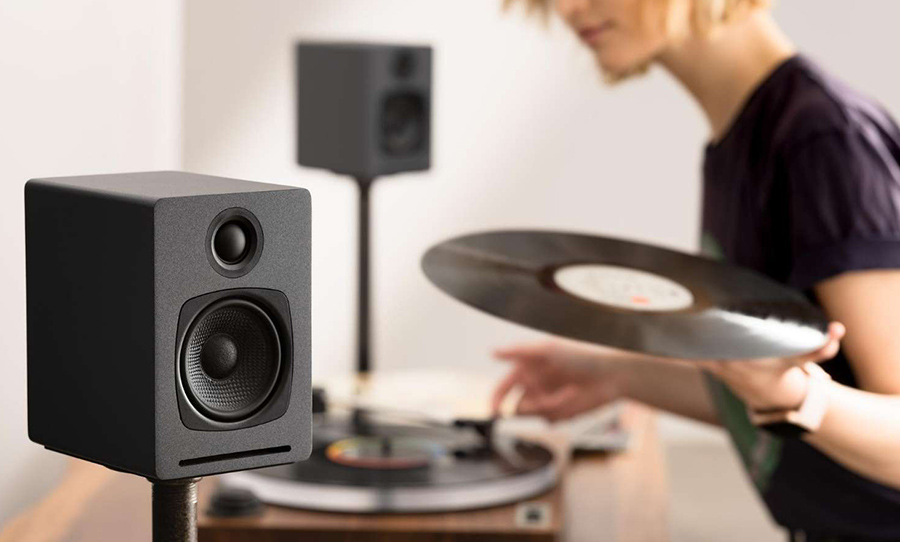 The speakers are simple to connect, boasting both 3.5mm auxiliary and Bluetooth connective capabilities, making them perfect for use with laptops. Furthermore, each speaker is just under six cubic inches in size, ensuring that they don’t take up much desk space and are exceptionally portable.

The A1’s also support SBC, AAC, and AptX protocols, giving them the ability to play near CD audio quality via Bluetooth connection. While they may fall short when compared to studio-quality monitors, their small stature and low price make them ideal for both entry-level producers and those producing music on the go.